Does your place on the Naughty or Nice list dictate where you’ll go after you die?

I’m a documentary note-taker. Sure, some people save documentaries for laundry-folding or nap-taking, but they always bring out the student in me. 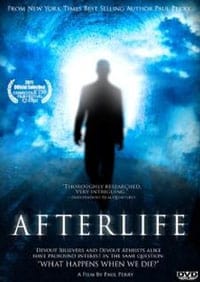 My husband and I recently Netflixed a documentary called Afterlife. It features near-death experience stories, but the best note-taking moments were interviews with random people who were asked questions like, “Do you think that there’s life after life?” I guess it shouldn’t have surprised me to hear many answer along the lines of, “Where you go after death depends on what you do on earth – if you’re good you go to heaven, but if you’re bad you go to hell.”

Considering the time of year, I couldn’t help but think about Santa’s Naughty and Nice list and comments on my Christmas Bugs Me post. Kristin stated that Santa teaches “children to perform for a man other than God,” and Lorie shared that the “whole Santa thing teaches that if your good deeds outweigh your bad deeds, that’s enough.” Kristin and Lorie’s thoughts echoed my own reasons for choosing not to focus on Santa during the Christmas season.

When I first thought about writing this post, I was going to question whether the Santa tradition could make it difficult for our children to grasp a saving faith and instead teach them to make statements like the ones I heard in Afterlife. But I referred to Grudem’s Systematic Theology: An Introduction to Biblical Doctrine and have some new thoughts.

In trying to understand why we become so obsessed with being rewarded for good behavior, I came across the following statement by Grudem:

“God has so ordered the world that living according to his moral standards very often brings rewards in the natural realm, and violating God’s standards often brings destruction to people,”[ref]Grudem, Wayne (2009-05-18). Systematic Theology: An Introduction to Biblical Doctrine (Kindle Locations 16913-16914). Zondervan. Kindle Edition.[/ref]

The interesting thing is that the doctrine of common grace dictates that these “rewards in the natural realm” are not reserved for followers of Christ only:

“Common grace is the grace of God by which he gives people innumerable blessings that are not part of salvation.” [ref]Grudem, Wayne (2009-05-18). Systematic Theology: An Introduction to Biblical Doctrine (Kindle Locations 16841-16842). Zondervan. Kindle Edition.[/ref]

Grudem has many more interesting things to say about common grace, but if I had to summarize it I’d say in part that God blesses every single person in this world more than they deserve and has set up the world so that “doing good” often results in rewards for the do-gooder. So is it any surprise that children so easily believe in a Santa that brings gifts to little boys and girls that are nice? Or that adults see heaven as a reward for those that are more good than bad?

But there’s a problem:

“Common grace does not change the human heart or bring people to genuine repentance and faith—it cannot and does not save people”[ref]Grudem, Wayne (2009-05-18). Systematic Theology: An Introduction to Biblical Doctrine (Kindle Locations 16968-16969). Zondervan. Kindle Edition.[/ref]

“We must also recognize that the actions of unbelievers performed by virtue of common grace do not in themselves merit God’s approval or favor. These actions do not spring from faith (“Whatever does not proceed from faith is sin,” Rom. 14:23), nor are they motivated by a love for God (Matt. 22:37), but rather love of self in some form or another. Therefore, although we may readily say that the works of unbelievers that externally conform to the laws of God are “good” in some sense, they nonetheless are not good in terms of meriting God’s approval nor of making God obligated to the sinner in any way.”[ref]Grudem, Wayne (2009-05-18). Systematic Theology: An Introduction to Biblical Doctrine (p. 663). Zondervan. Kindle Edition.[/ref]

We can devote our lives to being “good,” but that does not obligate God to put us on a Nice list or to let us into heaven. Doing good should be a natural outgrowth of a saving faith, but salvation does not come from doing good.

Where does salvation come from?

“For God so loved the world that he gave his one and only Son, that whoever believes in him shall not perish but have eternal life.” (John 3:16)

PrevPreviousIn the Bounce House, Not on the Sidelines
NextLeading a Small Group Bible Study: How to Get Them TalkingNext