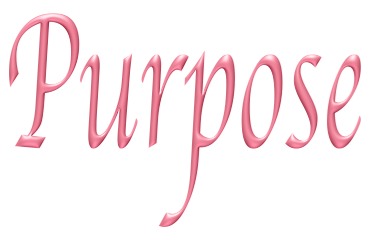 I’ve noticed other bloggers posting about a one word focus for 2013. I considered doing that, but wondered if I would find such a narrow focus limiting for an entire year.

Then I remembered that I used to do a similar thing when preparing lessons for a Bible study class. I would spend hours researching a passage of Scripture and end up with too much material to cover in 45 minutes. So I would pray for God to show me one theme, one idea, one word that He wanted that particular group of people at that particular time to focus on. As I’ve heard one teacher say, it didn’t have to be a new word, just a now word.

God would always come through. He would give me one word or short phrase that I would build the lesson around. It helped me to sift through my research and keep only the pertinent material. Rather than try to come up with a witty name for the lesson, I would use that one word or phrase for the title.

Life has become complicated lately, so I thought that naming my year with a one word title would be a good way to help me sift out the unnecessary in my life for the next year. Almost as soon as I prayed for one word to characterize my year, one word jumped out of the shadows of my mind and took center stage.

I’m naming 2013 The Year of Purpose because I have felt a decided lack of purpose since becoming a stay-at-home mom. When I worked for someone else, I drew much of my identity and purpose from my career. I thought that motherhood would do the same for me. But it hasn’t.

Before children, I spent eight hours (at least) a day fulfilling the purpose someone else gave me, and the money to pay people to do things for me so that I had more free time (having someone else clean my house, going out to eat, getting my hair and nails done, etc.). All of that went bye-bye after we had our first child and went down to one income.

I’ve spent most of the last three years learning to be a mom and learning to manage a household. During that time, we had another darling boy, which meant that I also spent about a year and a half in a difficult pregnancy and recovering from a difficult pregnancy while caring for a newborn and toddler. My one purpose every day was to just get through the day. “Free time” as I knew it became a distant memory.

Now that I’ve been able to come up for air, I’d like 2013 to be about being purposeful in every area of my life – in my relationship with God, my marriage, motherhood, my work life, and even my down time. I have some ideas for how that will look in some areas, but not in others. So much of 2013 will be bout exploring how a woman lives with purpose in her relationships and endeavors.

4 thoughts on “Naming the New Year”