Sometimes the hustle and bustle of life makes me forget that I’m experiencing one precious moment after another. The last couple of months have been KRAAAAAZY for us. Lots of hustle and bustle. We moved, had a couple of milestone birthdays (the big 40 for hubby and first birthday for Cruz), released my app, and had over a month of lots of illness. I’m talking my kids exploding all over the furniture kind of illness. One after the other. We may have to burn our couches in the back yard.

Anyway, during all this craziness my oldest boy started preschool. Preschool has been so incredible for him – he’s talking a lot more, has new friends, brings home all sorts of cute crafty things, is humming new songs…he’s just growing up, so I’ve been feeling a bit nostalgic.

I realized that I need to stop in the middle of the busy-ness sometimes to take a picture and capture the moment, so here’s a few pics I’ve taken in the last week. 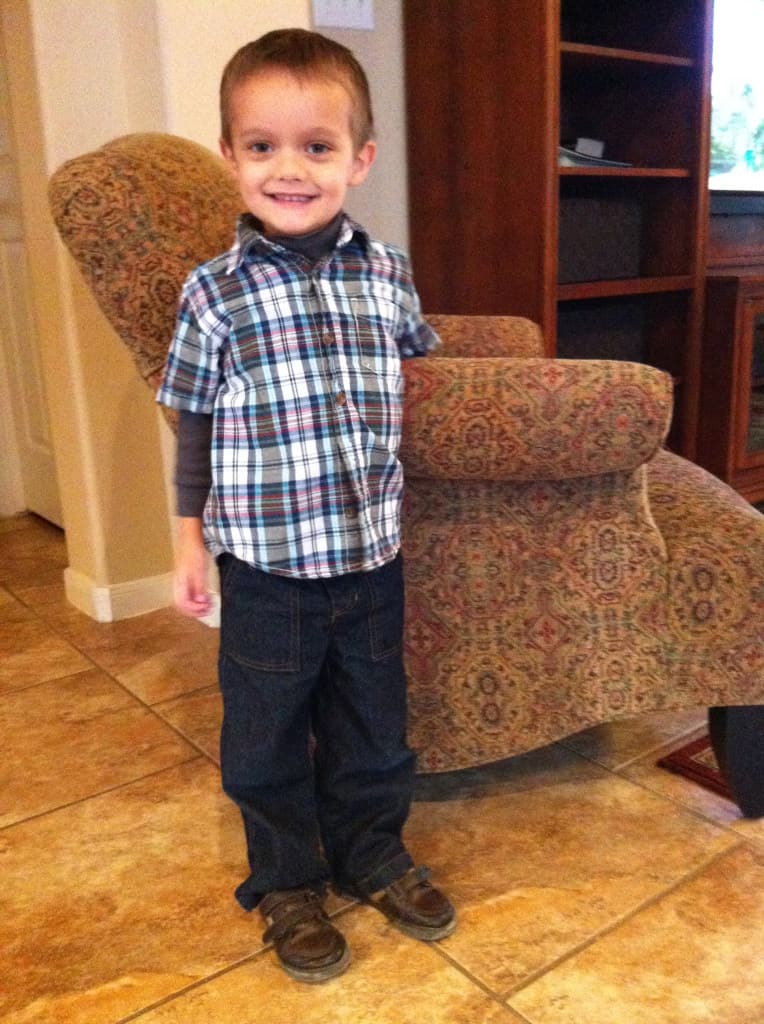 Look at my big boy before school one day. I just thought he looked so grown-up and adorable and I had to capture the moment. He’s been going through a stage where he doesn’t like having his picture taken, so it’s been hard to get him to stop and smile for me. But he cooperated with me this day, and I’m so glad. 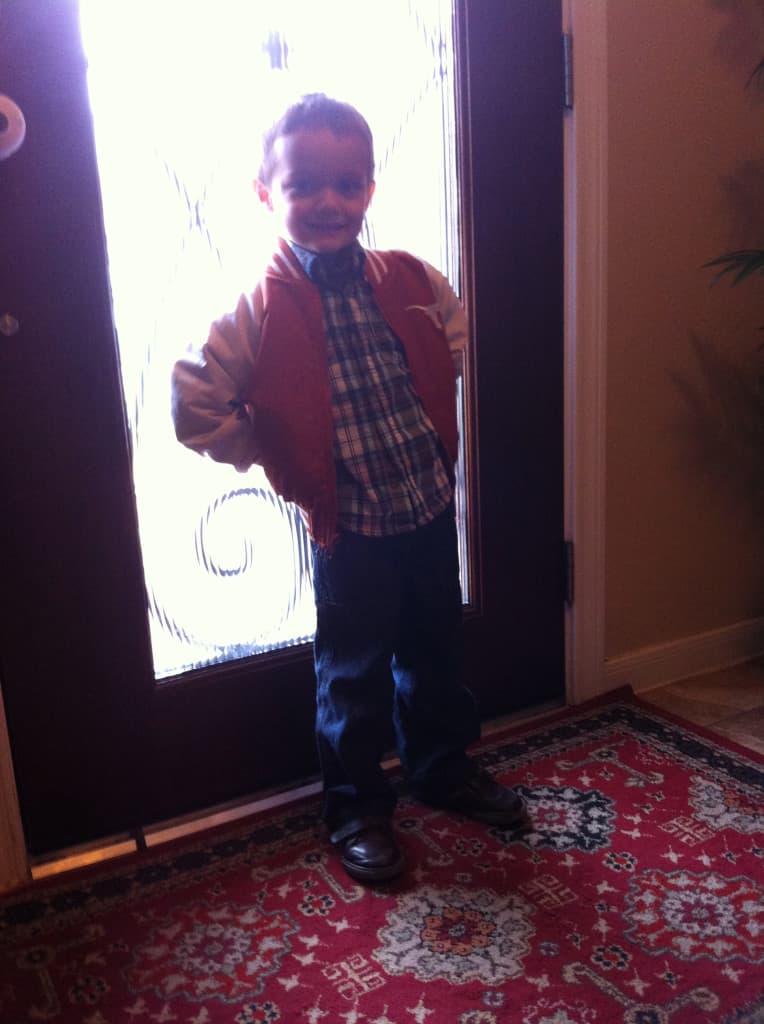 This isn’t a great picture since, HELLO, light source behind the subject. But I just needed to get a pic of Michael in his little jacket, and Cruz was running around getting into stuff, so I just had to make do. I get a little weepy every time I see him in this jacket. I feel like I’m getting a glimpse of him in 10 or 15 years. I don’t know if he’ll be an athlete or engineer-in-training (or both!). Can’t really predict these things at 3-years-old. But he’ll always be my darling.

I keep saying that Michael is 3 going on 30 because he wants to grow up so fast. He’s been working really hard at dressing himself and brushing his own teeth. He likes to help me with his baby brother (when Cruz isn’t bugging him). He wags his finger at me and says, “No no no,” (is he imitating someone??) when I tell him to do something that he doesn’t want to do, like eat or pick up toys or whatever.

He’s getting really funny and opinionated. For example, during one of our recent trips to the pediatrician, I was trying to keep Cruz distracted in the exam room by singing. Michael was wandering around looking at things, but he stopped to walk up to me in all seriousness and say, “Mommy, stop singing.” And let me tell you, he wasn’t kidding around. He had that embarrassed tone of voice and it just cracked me up! So I told him that this wasn’t the last time I would embarrass him and kept right on singing, frustrating my little man. It was hilarious.

Also take note: Michael does NOT tell his daddy to stop singing. Clearly I’m not the singer in the family.

Michael also doesn’t always like to obey, but at least he’s honest about it. Last night I asked him if he was going to go to bed when the babysitter told him to. He said, “Ummm, no.” Very matter of fact. She told us later that when she tried to get him to bed, he was not having it. But she was great and kept working with him and eventually he agreed. My little stinker. 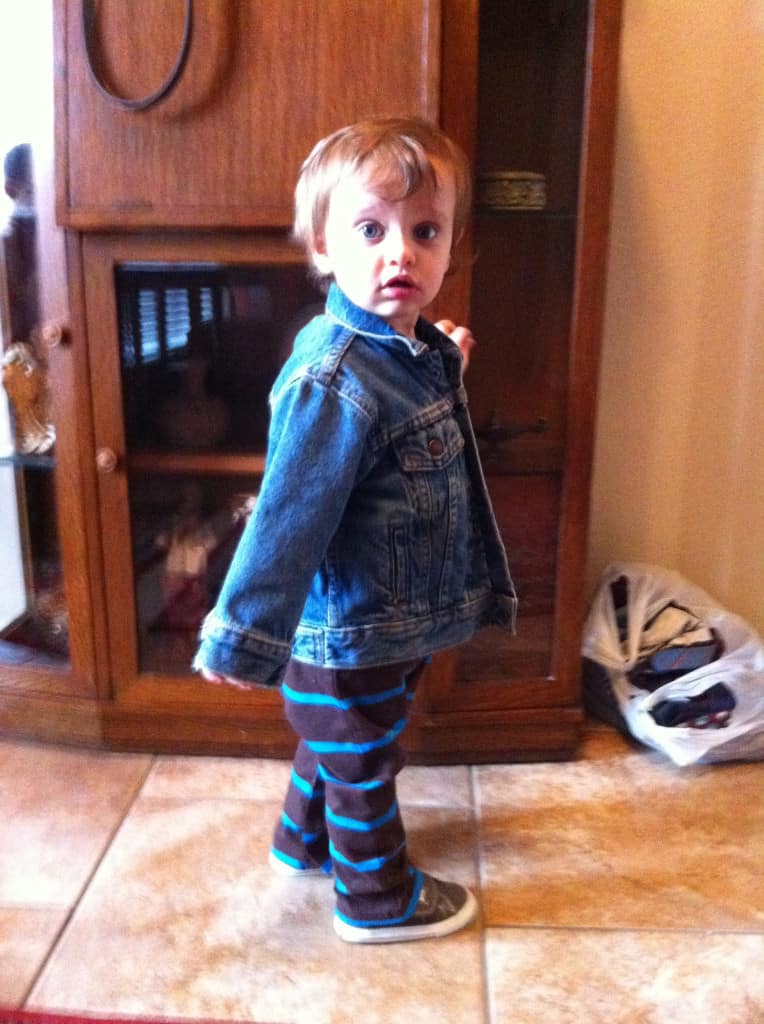 Here’s my little Cruz. This isn’t a great picture because the light was getting him at a weird angle, but I thought he was so cute in his little denim jacket. We don’t get many days of jacket weather here in southern Texas, so you have to know that we are very excited whenever the weather gets cool enough for any type of outerwear.

Cruz was pretty distracted when I took this picture because I was letting him run around the foyer, something that he doesn’t normally get to do because it just becomes a search-and-destroy mission for him. He’s almost 14 months old, but he’s as big as a lot of 2-year-olds. That means that he’s as strong as a lot of 2-year-olds, so we really have to watch out for him that he doesn’t get himself into any trouble. Today he was actually able to pull himself up on the couch (yikes!), so I’m entering hyper-vigilant mode with him. 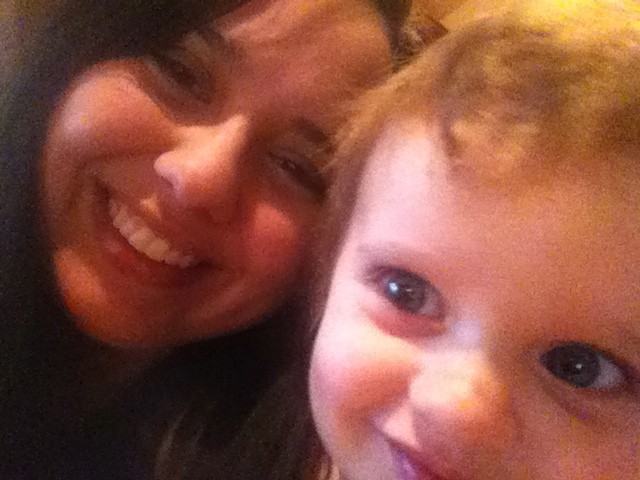 I took this self-portrait with my little Cruz the other day as I was feeding him. I love the way he’s got a little smile and is cutting his eyes to the side (he was looking at my image on the iPhone). I don’t have enough pictures with my kids because I just haven’t been happy with my looks lately. But I’ve been reading some stuff online lately about getting out from behind the camera to get pictures with your kids without worrying so much about how you look. And I know that’s good advice. So here I am without my face done, but this will always be a special picture to me because it was just a sweet moment with my baby boy.