Toddler and Preschool Lunches and Lunchboxes

This school year I’ve been inducted into the fraternity (sorority?) of mothers that prepare school lunches. Since I often have to beg my boys to eat here at home, I wasn’t too sure how this whole thing would go down. But I consulted the Google and the Pinterest and came up with a plan of action. 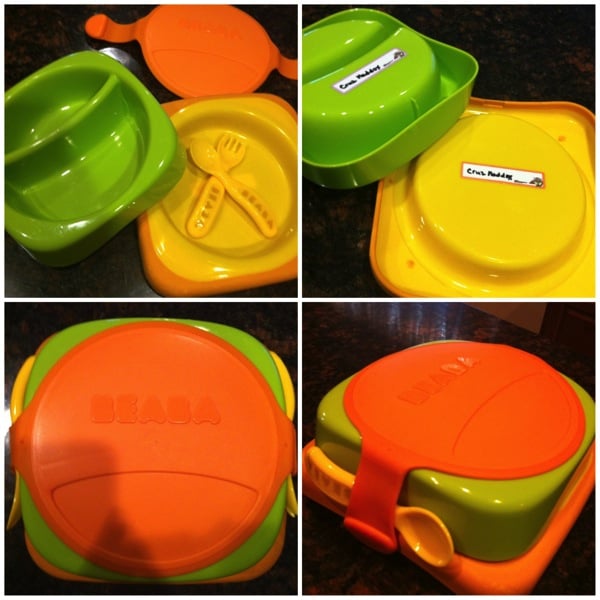 For Cruz, I decided to use this Beaba lunchbox. We’ve had it for a couple of years and never really had a chance to use it, and I didn’t want it to go to waste. It’s cute and compact when put together, and I can just throw it in his backpack. It has two deep compartments in the top tray, but you can’t fit much more than a napkin into the bottom tray when the box is put together. And you have to keep the fork and spoon with the box even if they’re not going to be used because it won’t close tight without them.

I also used these labels for the lunch boxes and sippy cup. I like them because they have a little plastic cover that closes over the written name and keeps it from smudging, but Cruz can easily peel them off of his sippy cup.

I can tell that this lunchbox won’t work for us in the longterm, so I’m planning to get him something else, maybe a Yumbox. 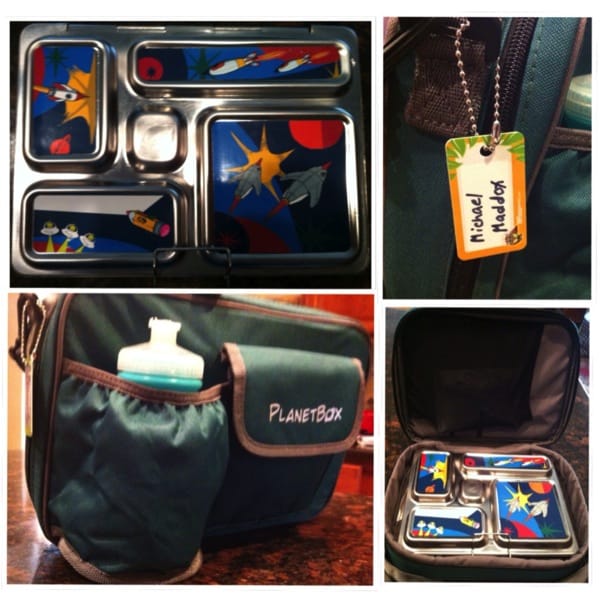 Michael gets to use this awesome PlanetBox lunchbox. (Cruz doesn’t get one because it’s for kids 3 and over.) They have three different models, but I got him the Rover because of the variety of compartments. We think it’s pretty cool that you can choose the magnets you want for the cover so that we can switch things up next year if he wants. I went ahead and ordered the case, too, because I really like that it has a pocket in the top cover to slip a cold pack. And speaking of cold packs, this is a lunchbox for cold lunches since you can’t microwave it. Which works out great for school, so I’m ok with that.

I got bag tags from the same company as the labels to hang from the case and the boys’ backpacks. I like that they’re not too big so that they don’t get in the way.

I found this post on the Wendolonia blog helpful when I was researching lunch boxes. 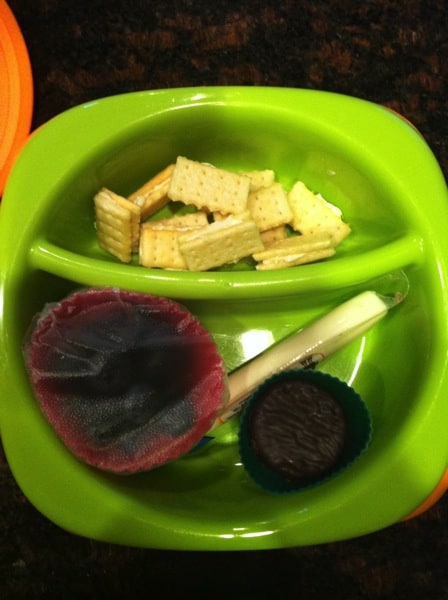 Cruz has entered the Picky Toddler stage of his development, so I made the same lunch for him both days of Mother’s Day Out this week. Lunch consisted of cracker sandwiches made out of the Laughing Cow Creamy Swiss cheese (which he loves) and Club Mini crackers, blueberries, a cheese stick, and a mini Peppermint Patty. Since this lunchbox only has two compartments, I followed in the footsteps of mothers that have gone before me and purchased reusable silicon cups to separate out the food. I wrapped the blueberry cup with Press and Seal to keep them in place. 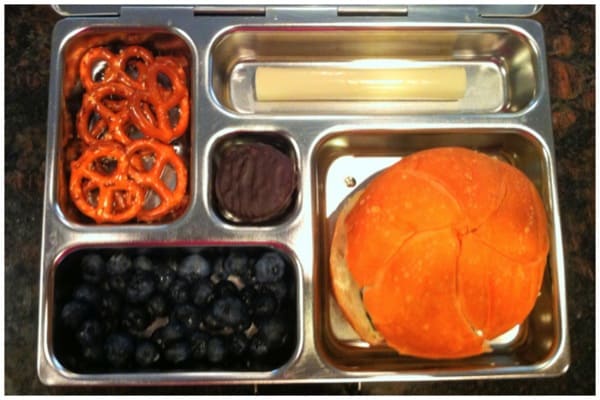 Packing lunch in the PlanetBox lunchbox is actually a lot of fun. And Michael loves eating out of it. The big section isn’t large enough for regular sandwich bread, but I’ve found that dinner and Kaiser rolls are the perfect size for both Michael and the lunchbox.

But if you want to see some really awesome lunches, check out the links below. I’m not going to pretend that I’ll ever pack lunches like these with homemade items, but they at least give me ideas for how to mix things up in the future.

What do you pack in your little ones’ lunch boxes? I’d love some ideas!

PrevPreviousThe First Day of School, Also Known as the Most Wonderful Time of the Year
NextThe Haircut – Before and AfterNext