Get Access to the Freebies!
Home 9 Technology 9 64-bit and a (Better) Joke

Remember my joke from a few weeks ago? Where I laughed then had to explain the joke then laughed again?

And yes, I’m well aware that I probably laughed alone, but that’s fine and dandy in my little world. I crack myself up. I’m my biggest fan.

Anyway, I had a good reason for sharing that joke with you. I used it to explain a bit about bits and bytes. I hope we didn’t bite off more than we could chew.

(Hahahahahaha! Somebody stop me!)

Bottom line: the more bits you have, the higher you can count.

Don’t stop reading yet! I’m gonna get to a point very very soon!

But before then – have you noticed all the fuss about 64-bit operating systems (like Windows 7)? Ever wondered what the big deal was?

Now let’s put it all together.

A computer with a 64-bit processor and operating system should be faster than a 32-bit system (even if it’s not obvious to you) and be able to handle more data at the same time. And the operating system will expect that and need more memory to run decently (all those pretty graphics suck up memory). So when you buy a new 64-bit computer for yourself or your college-bound kid, make sure it has at least 4GB of RAM to really get the most out of it!

(adapted from a joke I found online)

Jesus and Satan have an argument about who’s the better blogger. After hours of verbal sparring, they agree to have a contest with God the Father as the judge.

The computers turn back on a few moments later, just as the final trumpet blast is sounding. The contest ends and God the Father asks Jesus and Satan to show their work.

Satan loses it and goes into the ugly cry, screaming, “It’s gone! All of it is GONE!”

So God the Father turns to Jesus and looks at Him expectantly.

Jesus pulls up a browser and goes to www.jesusblogs.com.kingdomofgod. The browser comes to life with a website that will surely win every web design award. The blog posts describe His daily activity in the heart of every believer with both humor and tenderness.

Satan is shocked and screams accusingly, “He cheated! How is that even possible?!”

← Prev: Summer has arrived on lesliemaddox.com! Next: So it's been a while... →

I react to the Apple App Store in much the same way that I react to bookstores and breakfast buffets - the world... 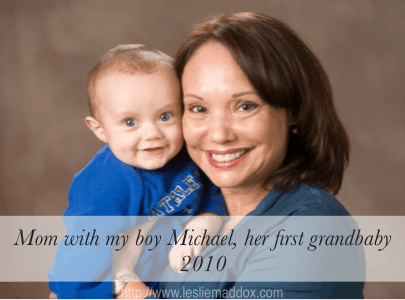 How Has Technology Changed Parenting in the Last 40 Years? Part 3 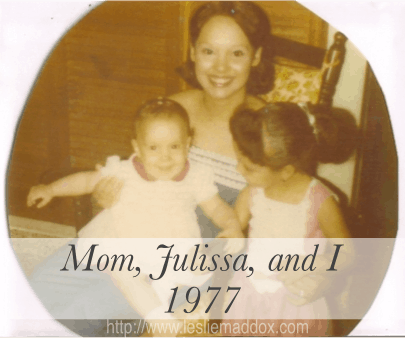 How Has Technology Changed Parenting in the Last 40 Years? Part 2