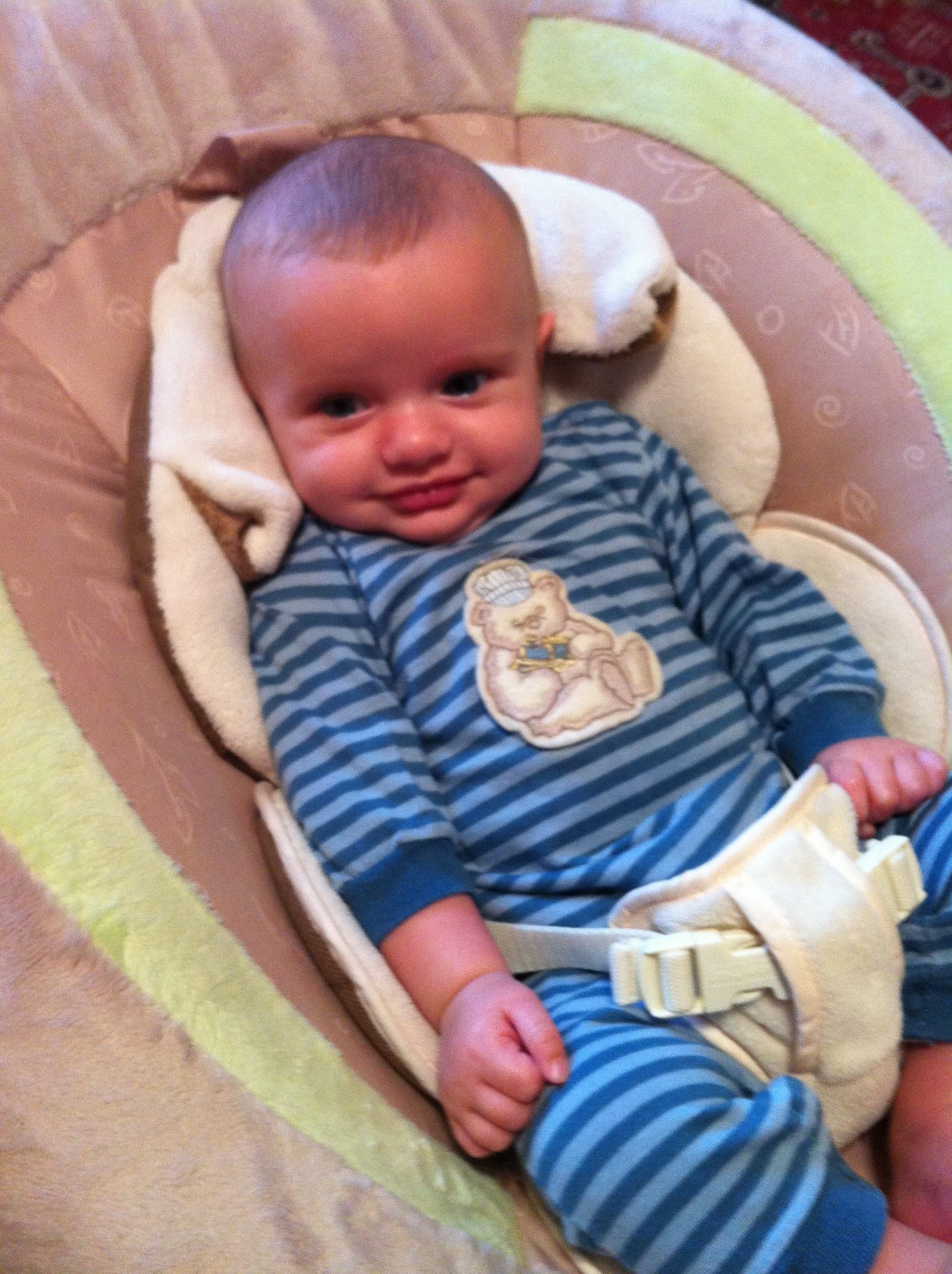 This post is part of a series of posts intended to help my sister with her baby registry. Please see the other posts here and chime in with your advice!

The first few months, it seems like babies do more napping than sleeping. My firstborn didn’t sleep through the night until he was five months old. And he stopped as soon as he started. It wasn’t until he was about nine or ten months old that he started sleeping through the night regularly, and only because we let him cry it out. Ugh, it was awful.

My baby has slept like a champ since birth. I actually had to set an alarm to wake him up for feedings. He’s four months old and has slept for seven or more hours several times. If he were my first, I would have thought that I was doing something right. But he’s not, so I know better.

* Cradle Swing – we have this swing and absolutely love it. You can plug it into the wall so that you don’t have to deal with batteries. You can fold the legs to move it from room to room. The cradle part is soft and comfy and can swing back and forth or from side to side. It has music, nature noises, and a rotating mirror for baby. Cruz sleeps in it every night and during many of his naps. He sleeps much longer in it than he would just in the bassinet. My only complaint is that they don’t make one big enough for me to sleep in. 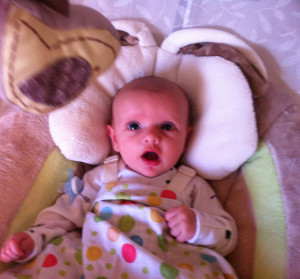 * Bouncy Seat – we have this one. I didn’t have one for Michael and wish I had. It’s great for naptime, feedings, or just for a safe place for baby to be if mommy needs to be hands free. I take it from room to room and have even taken it with us to other people’s houses. 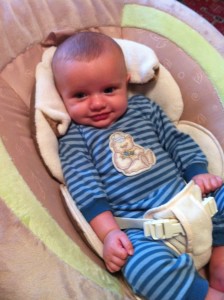 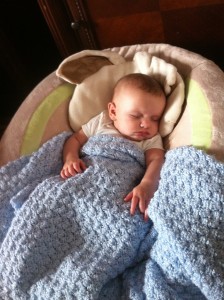 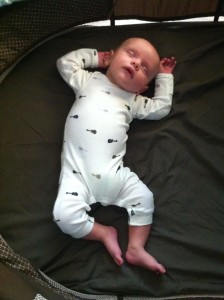 * Zippered Footie PJ’s – the button-up pajamas are fine for during the day, but the ones with the zippers are so much easier for night time when you’re changing a diaper half asleep.

* Velcro Swaddle Blankets – I will never be able to swaddle the way hospital nurses do even if I live a hundred lifetimes. These velcro blankets made that task a breeze for me. 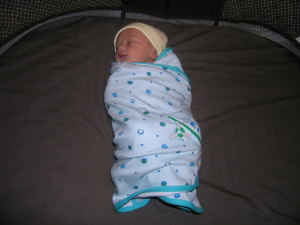 Michael in Swaddle Blanket – About a week old

How about you? What made naps/nights easier for you?
(Facebook friends, please remember to comment on the blog and not in Facebook so that everyone can benefit from your advice. Thanks!)