Engineer turned homeschooling mom of boys, sharing my tips and advice to help you dive deep into the details of your homeschool so that you will have greater peace and confidence in your home!


Well here it is. The review that I didn’t want to write.

I was excited to read A Year of Biblical Womanhood by Rachel Held Evans, which described her year-long experiment to live out exactly what the Bible teaches about women. I was intrigued by the experiment, ready to buy copies for family members so that we could all share in a unique look at Scripture. But I knew halfway through the book that I shouldn’t rush off to Amazon just yet.

I planned to review the book before I ever started reading it. When I didn’t love it, I thought maybe I should keep my thoughts to myself. A sentiment, by the way, not shared by the author, since she uses her book to express extremely negative feelings toward other authors (even describing throwing one of their books across the room at one point).

I want to do better for Mrs. Evans. Because you know what? It’s not ok to publicly and gleefully ridicule people that don’t agree with you. It’s not ok in a book, on Facebook, or on a blog.

Instead, I’ll try to focus more on the positive, and give my take on whether or not Mrs. Evans year-long experiment was successful.

I’m linking up with Anne’s Twitterature link party, so here’s a short review of the book:

A Year of Biblical Womanhood: a well-written and entertaining read, but failed to deliver a sincere and fair exploration of Biblical womanhood. #NotWhatIExpected

There’s no doubt that Mrs. Evans is an extraordinarily gifted writer. As far as writing ability goes, I would put her in the company of Donald Miller and Lauren Winner. And maybe even the glimmer of a future Anne Lamott.

I especially loved the last three chapters of the book, where she shares her research on the reason we need Fair Trade products, what the Bible says about women in leadership, and meditation as practiced by different segments of the Christian population.

It becomes evident pretty quickly that Mrs. Evans has strong opinions about many of the topics that she tackled. Unfortunately, I felt that her strong opinions hampered a sincere look at the topic of Biblical womanhood by leading her to set herself up for failure/drama in some of her projects. For example, instead of learning to cook meals that average American women would make for their families, she chose to cook through a “textbook” on cooking written by Martha Stewart. And instead of choosing modern-style clothing in her attempt to be extremely “modest” (like maxi dresses layered with a shirt underneath), she chose an outfit that she says may have caused her to be mistaken for an Amish woman. Her descriptions of the results were entertaining, but, in my opinion, the research suffered.

I also thought that there was a missed opportunity in her chapter about motherhood. Mrs. Evans did not have children when she wrote this book, so much of her research was centered around a computerized baby doll. I think it would have been a more sincere look at motherhood to interview different types of mothers (one child, many children, single mother, etc.) on the topic of motherhood, shadow them for a day, and then share her insights.

Mrs. Evans’s tone during the first half of the book could be harsh at times, but I found that changed during the second half. I chalked up that change in tone to some of the relationships she developed with other women that did not share her views. As a matter of fact, one of my favorite aspects of the book was the change evident in the author. It reminded me that it’s all too easy to be judgy about people when we don’t know them, only to find that they sometimes end up changing us for the better when we take the time to see things from their perspective.

All in all, it was very well-written from beginning to end, but I do wish that the tone in some portions was more respectful to readers that may not share her opinions.

Should You Read It?

A Year of Biblical Womanhood is a worthy and entertaining read for those that are grounded in Scripture and not easily swayed by the opinions of others.

How to Read More Books When You’re Already Busy

You can read more books by not actually reading. And by not reading an actual book. Hang with me. I’m not trying to... 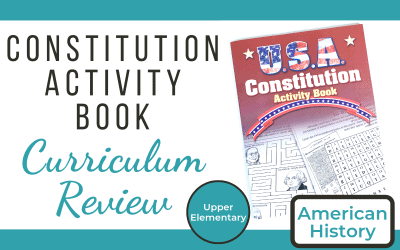 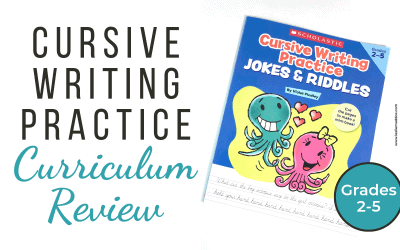