Hi all! We’re about halfway through our homeschool year, so I’ve been releasing mid-year updates (with videos!) on various areas of homeschooling. If you’re interested, check out how we’ve been doing in history, science, fourth grade, and first grade. If you’re super-busy and need something to watch while folding your laundry, check out the videos on my YouTube channel, instead. I hope that you find them helpful!

Today I’m sharing with you how the school year has been going for my four-year-old. He’s doing pre-k work, similar to what he might do in a preschool environment. I have work for him in his workboxes four days a week. He also usually participates in group learning with his older brothers. It’s a good life – lots and lots of playtime, with the opportunity to “do school” like a big boy!

My four-year-old started off the school year focusing on letter sounds. He could identify most letters, both upper and lower case, before he turned two (thanks, Leap Frog Letter Factory!). Letter sounds were a little slower in coming, and I didn’t want to rush him. So even though he asked me several times when he would get to start reading, I held back.

He was usually in the schoolroom when I gave my first grader his spelling lessons, and it turns out that he was listening pretty closely. He came to me and spelled several CVC words, so I thought that it was probably time to get him reading!

I started him on the kindergarten level of Hooked on Phonics, just like I did with my older boys. And he’s doing so well! It’s interesting to me that all three of my boys have developed reading skills in different ways. They keep life interesting. 😉

My four-year-old constantly reminds me to not underestimate him just because he’s “only” four. For example, I’ve been shocked by how much Spanish vocabulary he’s picked up. Honestly, it’s been a bit frustrating for his older brothers to see that the little one picks up words so quickly. I guess it really is true that young children are naturally more adept at languages.

He’s also doing so well in science! Science isn’t something that I teach him formally. We’ve been learning scientific concepts together as a group, but I’ve targeted all of the work to his older brothers. A lot of the time I felt like he wasn’t really paying attention. And yet, he surprised me by communicating very easily how sound waves move through the ear. I need to remind myself not to underestimate him!

I was really concerned that I would have the same issue with my four-year-old. I think that the work I did with my older son, and the lessons I learned in teaching him, helped me with the youngest. I’m happy to say that it wasn’t long before he was using the correct pencil grip on his own! It was rough at first, and he’s still working on not using his entire arm and resting his hand on the page, but we’re getting there. 🙂

I hope that this glimpse into my four-year-old’s pre-k curriculum choices has been helpful! 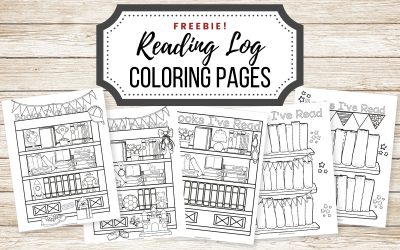 Turn your kids’ reading lists into keepsakes!  Use a fun coloring reading log printable to turn the chore of tracking... 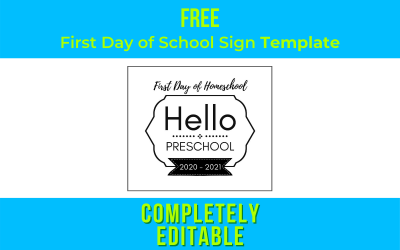 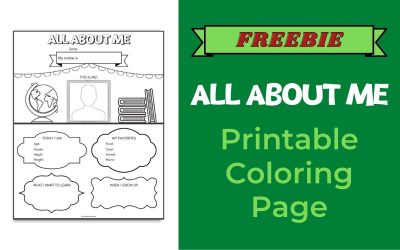 All About Me Printable Coloring Page

I’ve created a fun “All About Me” printable for you! For a little “First Day of Homeschool” fun, I like to have my...