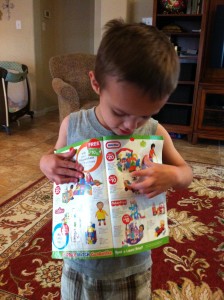 If the number of giant toy catalogs cluttering our mailbox is any indication, it’s officially Christmas shopping season. Or as I like to call it, ‘Tis the Season to be Broke. Now that we have two kids that love all things toy, it would be easy to let the shopping get out of control. Especially since we usually don’t buy toys randomly. We make a point of not getting them a new toy just because we’re in the store because that’s a sure-fire way of turning every shopping excursion into a nightmare. So it’s pretty much birthdays and Christmas.

Somewhere online I came across this idea for taming Christmas shopping:

Come to think of it, I may have combined a couple of similar ideas. Regardless, this helps me tremendously because I love a good plan, and this looks like a good plan to me.

Of course, trying to think of something that a 1-year-old (like my youngest) wants is more of a guessing game. But after sitting with my 3-year-old and a toy catalog, I became very aware that it won’t be long before Cruz is also sharing his many wants with me.

The problem is finding toys that I’m willing to have in the house. Because I have three problems in shopping for toys for 3-year-old and 1-year-old boys:

So I have three requirements for toys:

Basically, I NEED TO FIND TOYS THAT WON’T DRIVE ME OR THE HUBBY CRAZY.

On Facebook today I saw this link for toys for boys. I was intrigued, so clicked on over and found some possibilities: 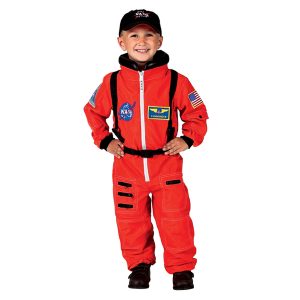 Michael was a Spiderman for Halloween, er, FALL FESTIVAL (ahem), and he absolutely loves wearing his costume. So I thought maybe it would be good to find some boy dress up clothes. I like the idea of getting this astronaut suit because Michael put a clear plastic foam block container over his head the other day and called himself an astronaut. Which made me think two things. First I thought, “Awww, my clever little boy.” Then I thought, “Son, that container is not a toy! Off, now!” 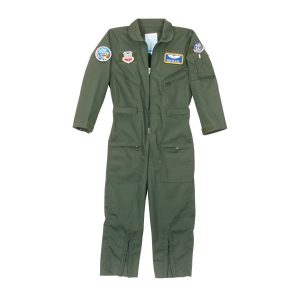 More dress-up fun. Michael is crazy about planes, and his abuelo was in the Air Force, but I don’t know that he would understand the significance of a flight suit. So this may be a no-go. 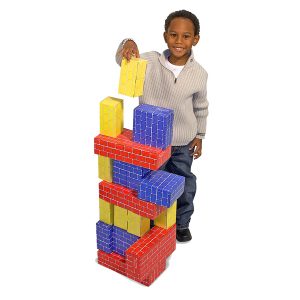 Both of my boys would LOVE these big blocks. The only problem is they would love them for different reasons. Michael would love to build a wall, and Cruz would love to knock it down. So the potential screams of indignation may knock this toy out of the running.

So I may have found the “something to wear” gift for Michael.

Any suggestions for non-insanity-inducing gifts for my boys?