Picture it: Mayaguez, Puerto Rico, 1974. A young peasant girl administrative assistant, cheeks still pale from the trauma of natural childbirth, leaves the sterility of a hospital and walks into the warm tropical air holding her firstborn…

Then again, there’s no need to “picture it” when there’s an actual picture available: 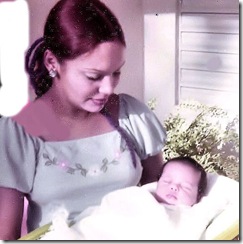 That young administrative assistant was my mother, and that firstborn was me!

A few things to note about this picture: 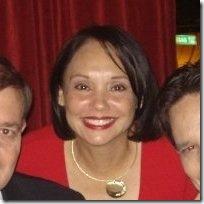 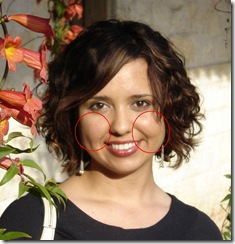 And look who else has chubby cheeks! 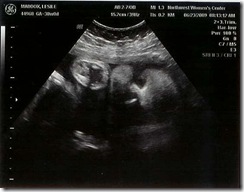 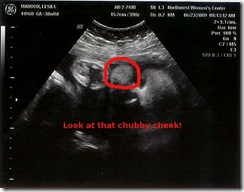 He comes by them honestly: 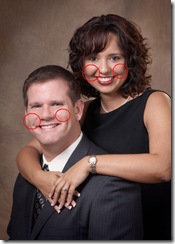 Back to the original picture – moments after my parents brought me home for the first time, my mother placed me in a bassinet, stared down into my face, and then listened as I exploded in my diaper. Then she cried.

I should meet my firstborn within the next 72 hours.

According to the ultrasound, Baby Michael has lots of hair and chubby cheeks. Just like his mama.

I’ll eventually leave the sterility of the hospital and walk into the warm air with my firstborn. Just like my mama.

Unlike my mama, I will do all I can to avoid a natural childbirth.

And unlike my mama, my hair will not be smooth and straight but curly and frizzy.

(It will explode in volume once I step out of the hospital and into the water-saturated Houston air.)

(I will attempt to combat the extreme volumizing by weighing it down with mousse and gel.)

(I will lose the battle with the humidity, but not for lack of trying.)

Picture it: Houston, 2009. A (not-so-)young peasant girl engineer, legs still weak from the effects of an epidural, leaves the sterility of a hospital and walks into the humid south Texas air holding her firstborn…

PrevPrevious"Pregnancy – 37 Weeks" or "Documenting Some Pregnancy Random"
NextWhat does one do while waiting for a dream to come true?Next