Get Access to the Freebies!
Home 9 Livin' la Vida Geeky 9 Pregnancy – "Facing Reality" or "Pictures That I Will Later Regret Sharing"

Pregnancy – "Facing Reality" or "Pictures That I Will Later Regret Sharing"

Everybody knows that you’re not really pregnant until you’ve got a picture of the baby bump. 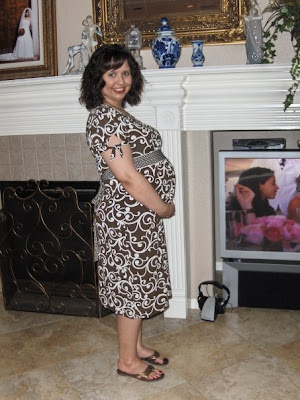 This was me at almost 23 weeks. I didn’t plan to have a picture taken because this is what I see: 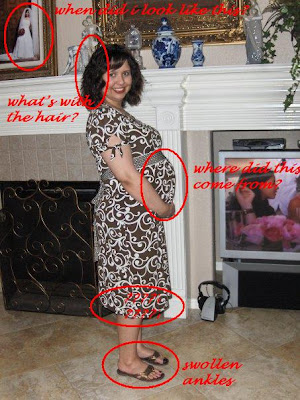 Some thoughts about my new body:

The good news is that my obstetrician informed me at my 24-week appointment that my belly measures perfectly for how far along I am. Shocking, I know. The bad news is that I have 16 weeks of growth to go.

Giving me time to adopt the motto, “Go big or go home.”

Garrett got in the game and poofed out a sympathy belly. How do men do this with their bodies? My belly, on the other hand, is all me, all the time. 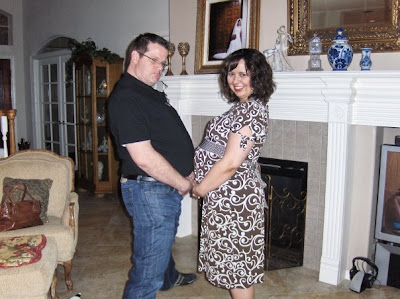 Notice that he spread out his legs in an attempt to get down to my height. I am clearly a Woman of Short Stature.

In other baby-related news, my hard-working husband cleaned out the garage last week to make room for storing some of the furniture that’s in the baby’s room right now. I wish I’d taken a “before” picture so that you could fully understand what a major undertaking this was. Now we sometimes walk into the garage just to look at it. We’re so proud that we may host tours highlighting the “Wall of Yard Tools” and “Tank That Used to Hold Our Dearly Departed Lizards.” Lizards never had it so good, dead or alive.

While Garrett was slaving away in the garage, I busied myself with chatting on the phone and reading a forgotten book. Until I felt guilty and made him a nice dinner that did not involve microwave steamer bags or take-out menus. It did involve the oven and many, many dirty dishes.

So we attempted to check ourselves into a retirement community, but were turned away for acting too old.

Because everybody knows that you’re not really retirement-ready until you can at least have as much fun as some dead lizards.